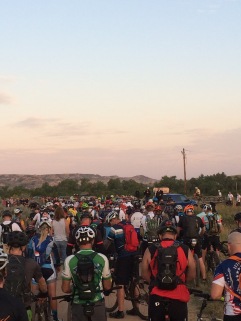 This entry was posted on Sunday, August 7th, 2016 at 12:44 pm and tagged with Badlands, CCC, Great Plains, Maah Daah Hey, North Dakota and posted in Uncategorized. You can follow any responses to this entry through the RSS 2.0 feed.
« Maah Daah Hey 100: Supply and Gear
Aristotle On Fear »