Over the Labor Day holiday, Molly and Me took a short road trip to the Ostlie Hops Farm in Foster County, North Dakota. The Ostlie crew had several hands on deck to harvest the mature hops. A couple guys from the Fargo Brewing Company were also harvesting. We learned that Fargo Brewing would brew with the hops being harvested that day. Keep an eye out for “Super Green” from Fargo Brewing.

This was the first time I harvested hops. It was great. And we learned a bit.

A drip irrigation system is a good idea. And so is planting prairie perennials in between the vine rows. I can’t remember who said it, but we heard that bees were nearby. North Dakota is one of the (if not thee) greatest bee commonwealths in the union. The bees are the pollinators between the prairie perennials and the hops vines. 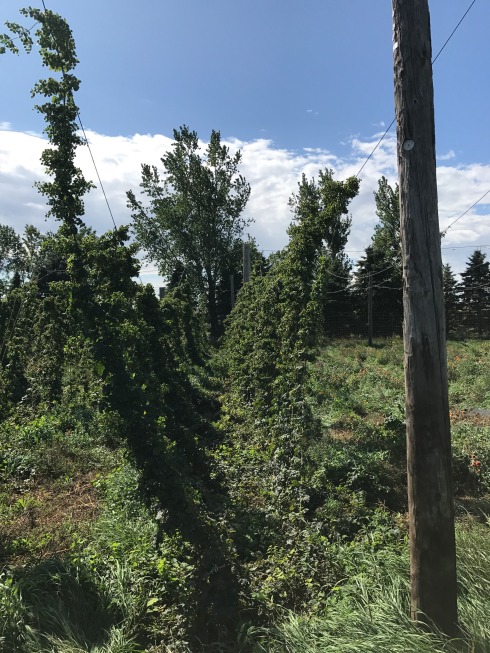 Mature hops vines suspended with a system of cables and poles

Prairie perennials for the pollinators in between the hops vine rows